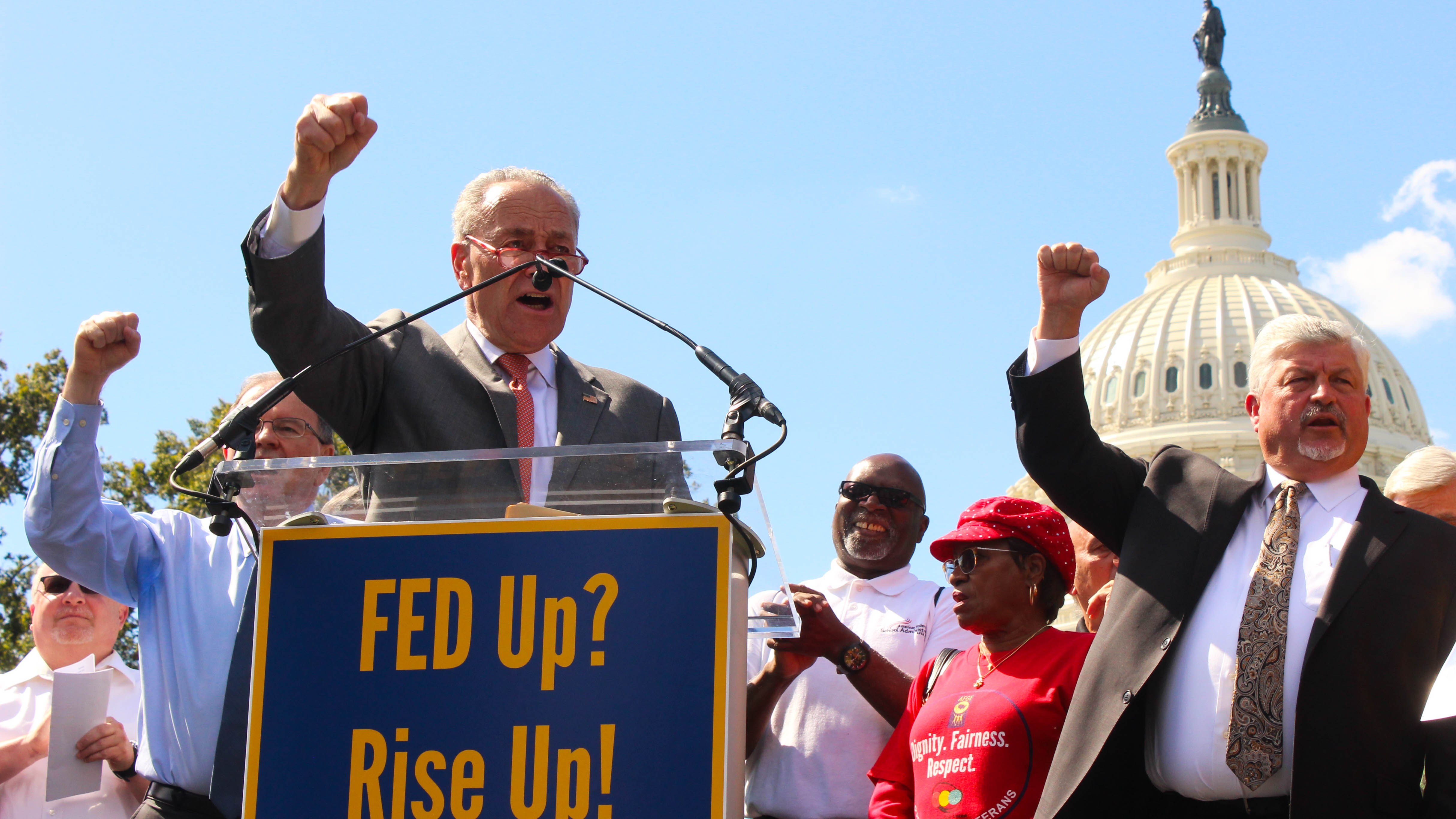 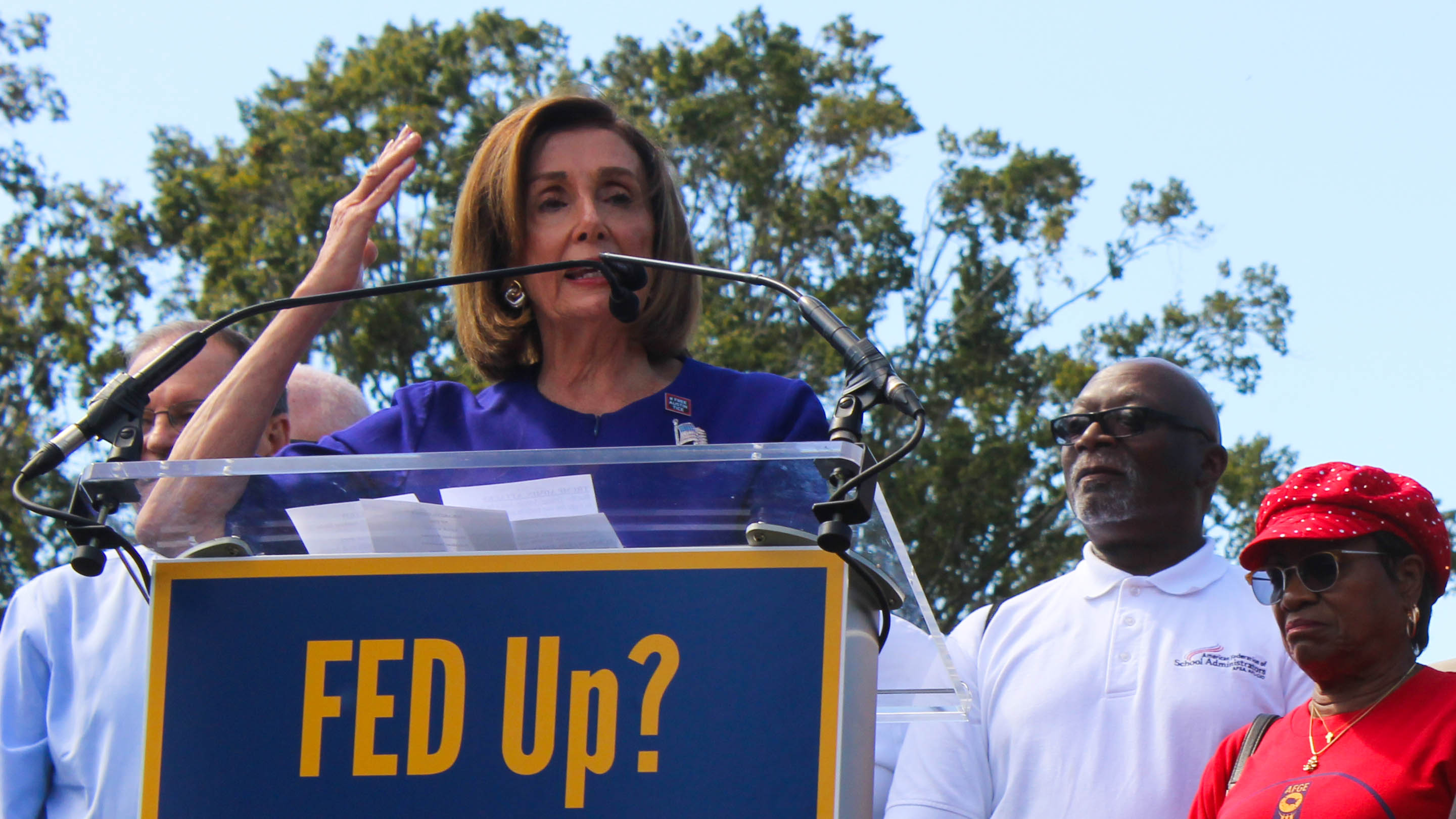 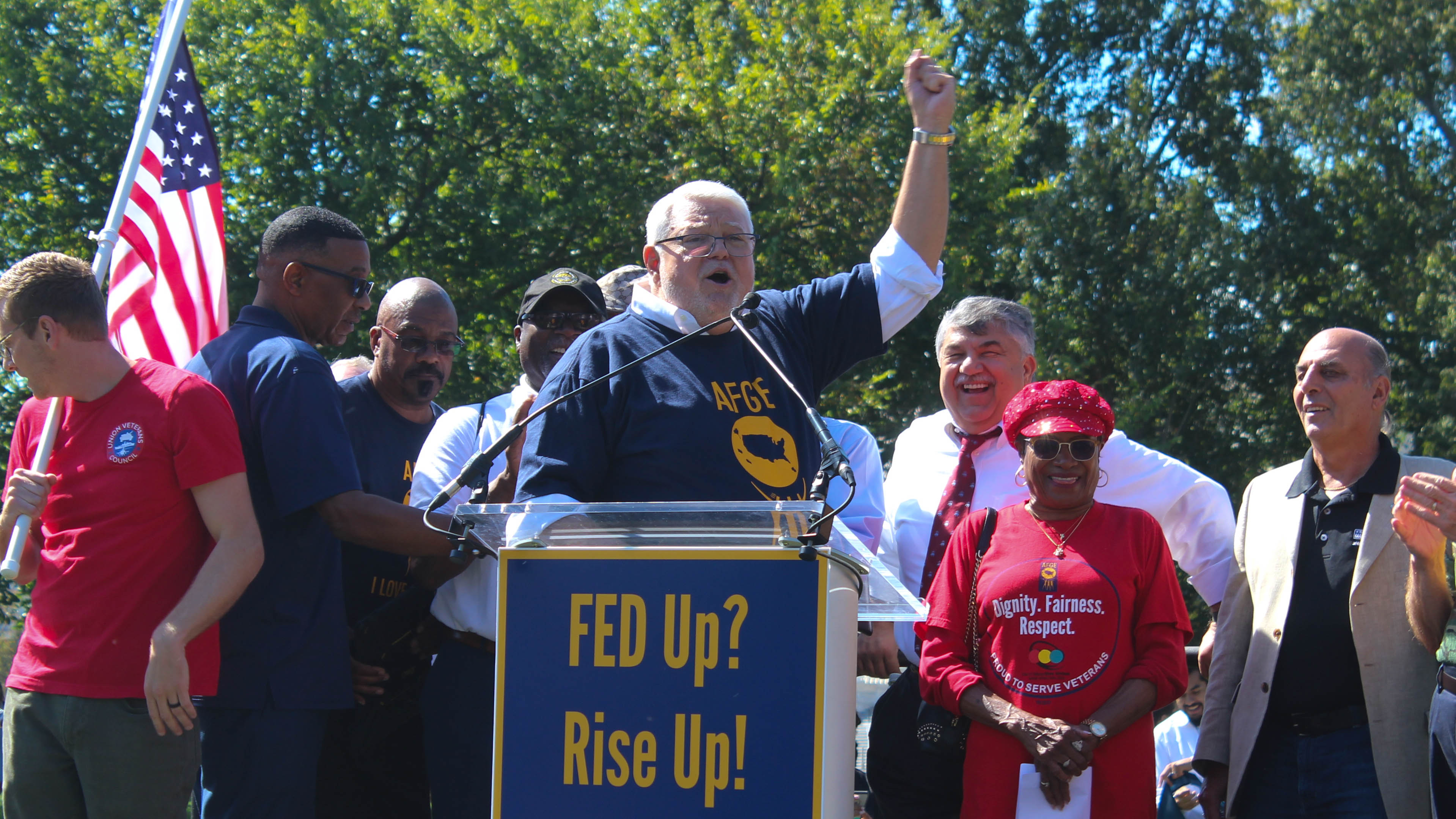 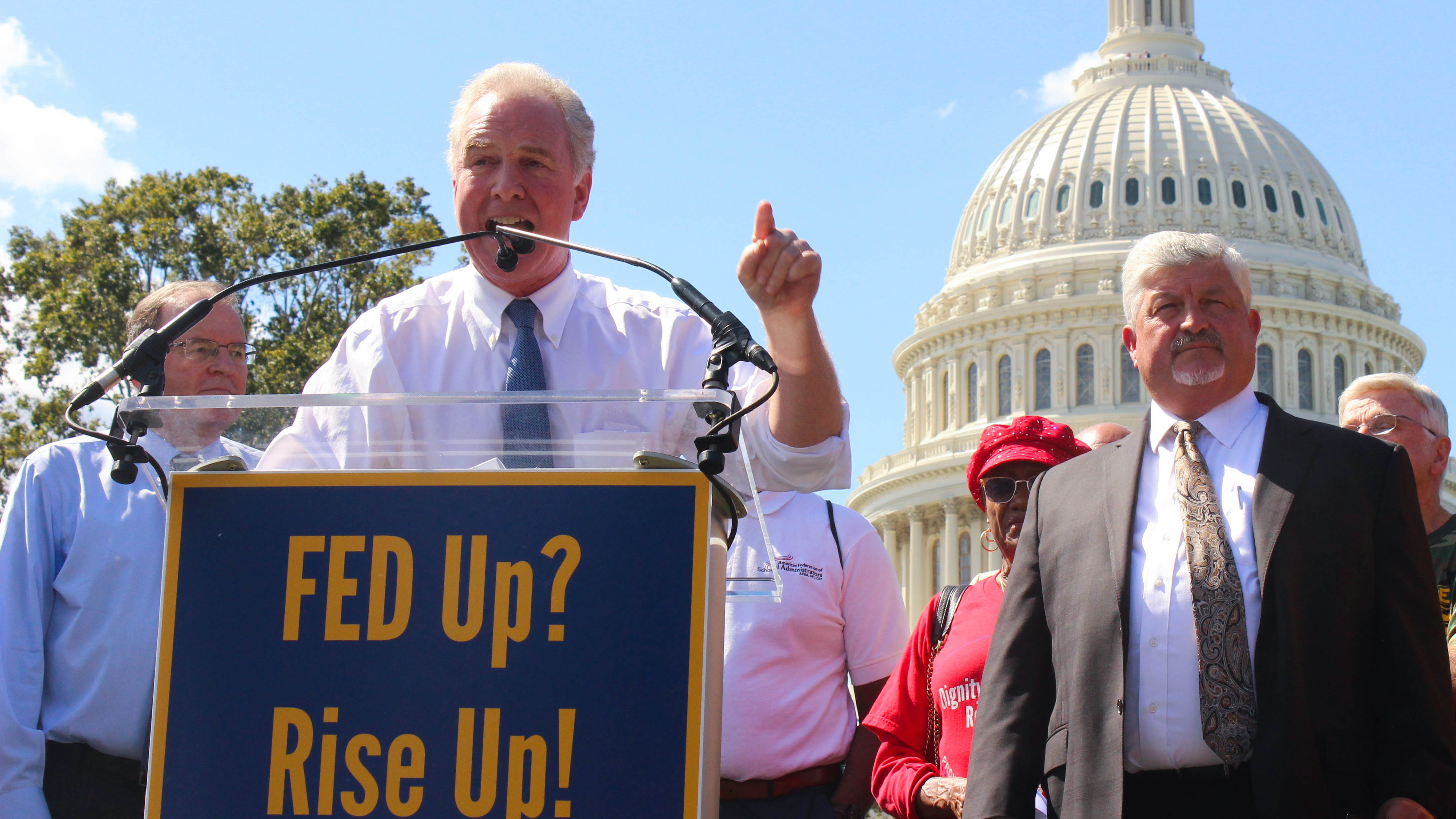 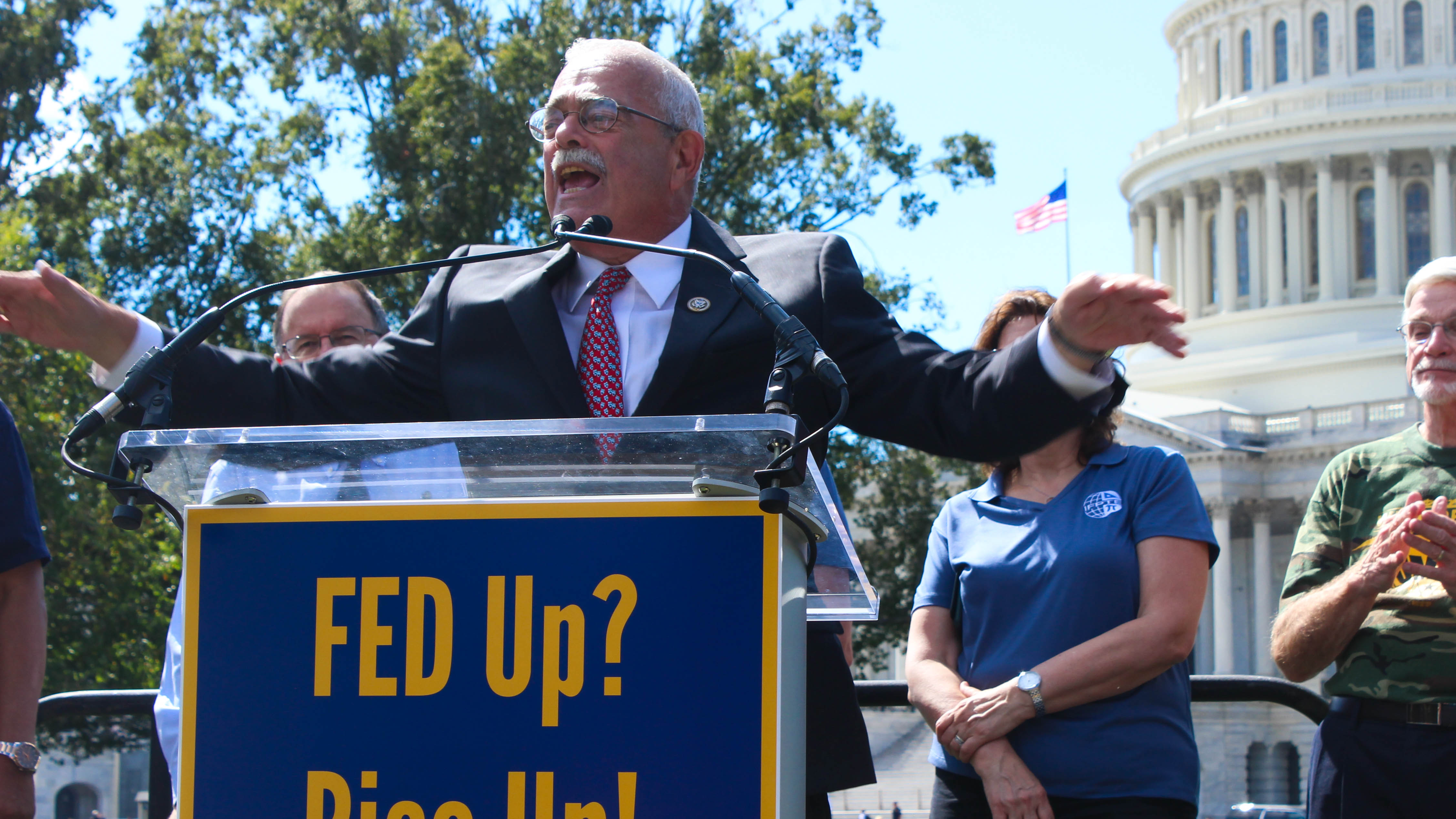 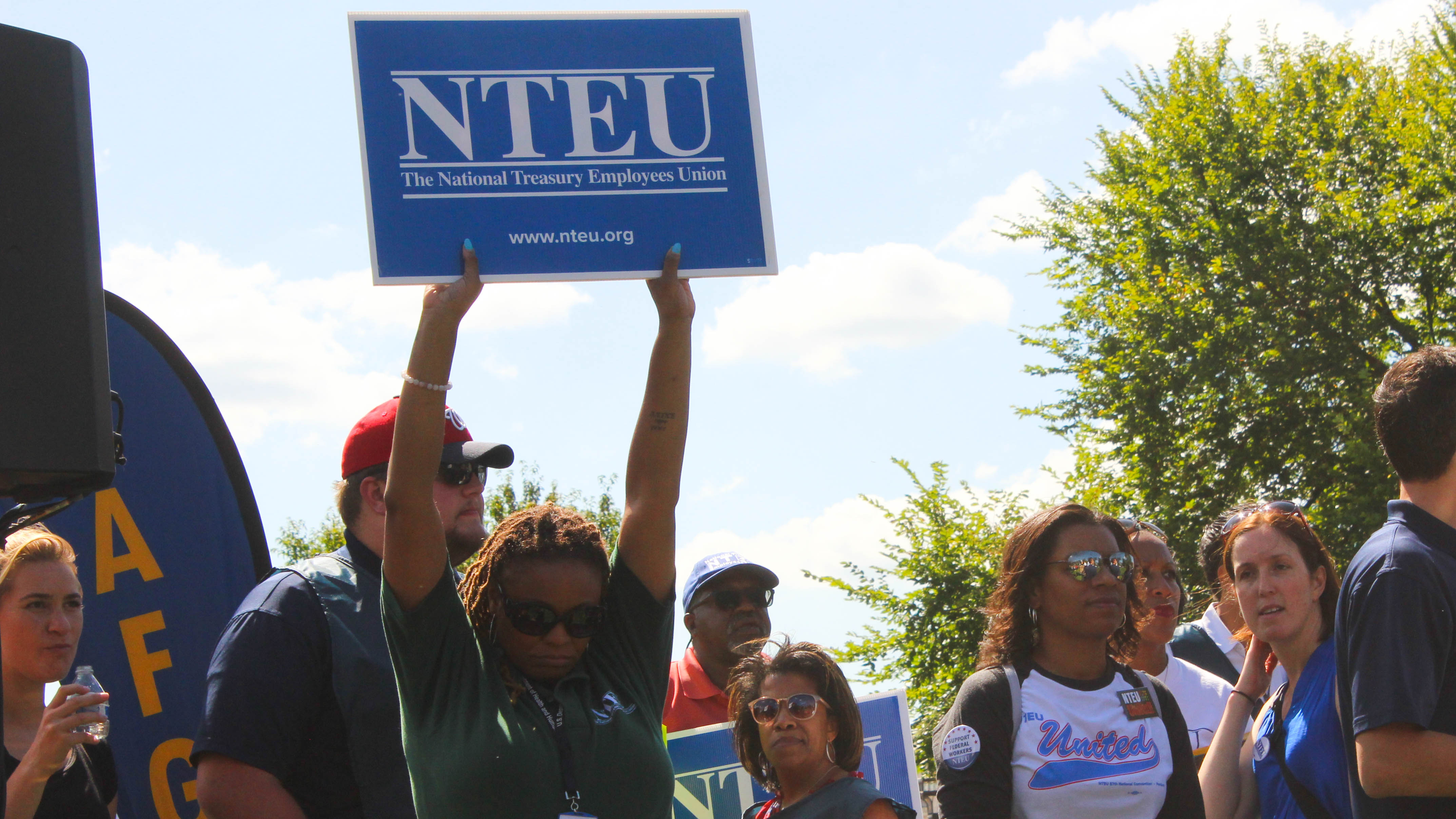 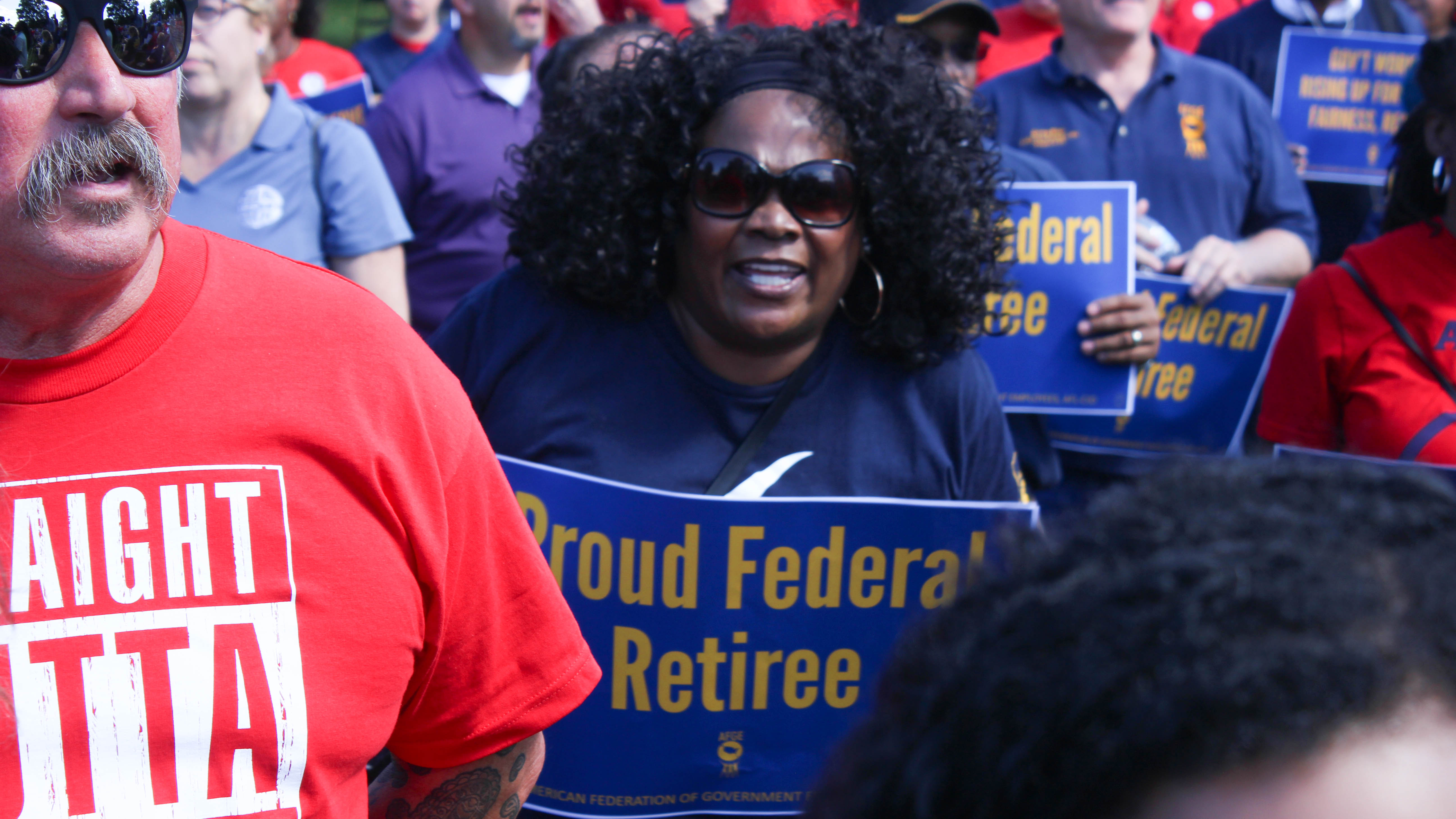 A former federal employee joins the Sept. 24 protest outside the U.S. Capitol building for union rights. (Jessie Bur/Staff)
8 of 9 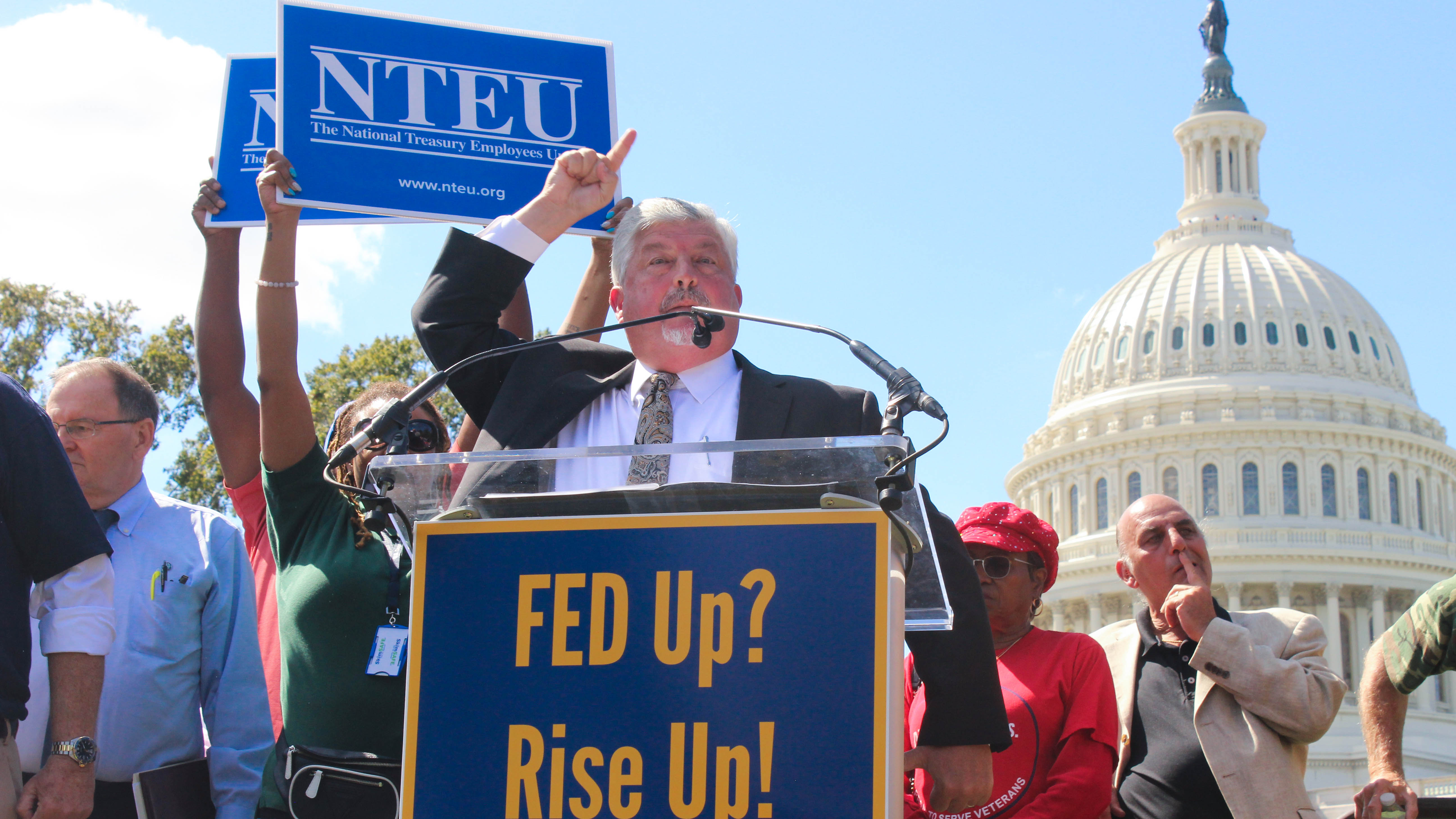 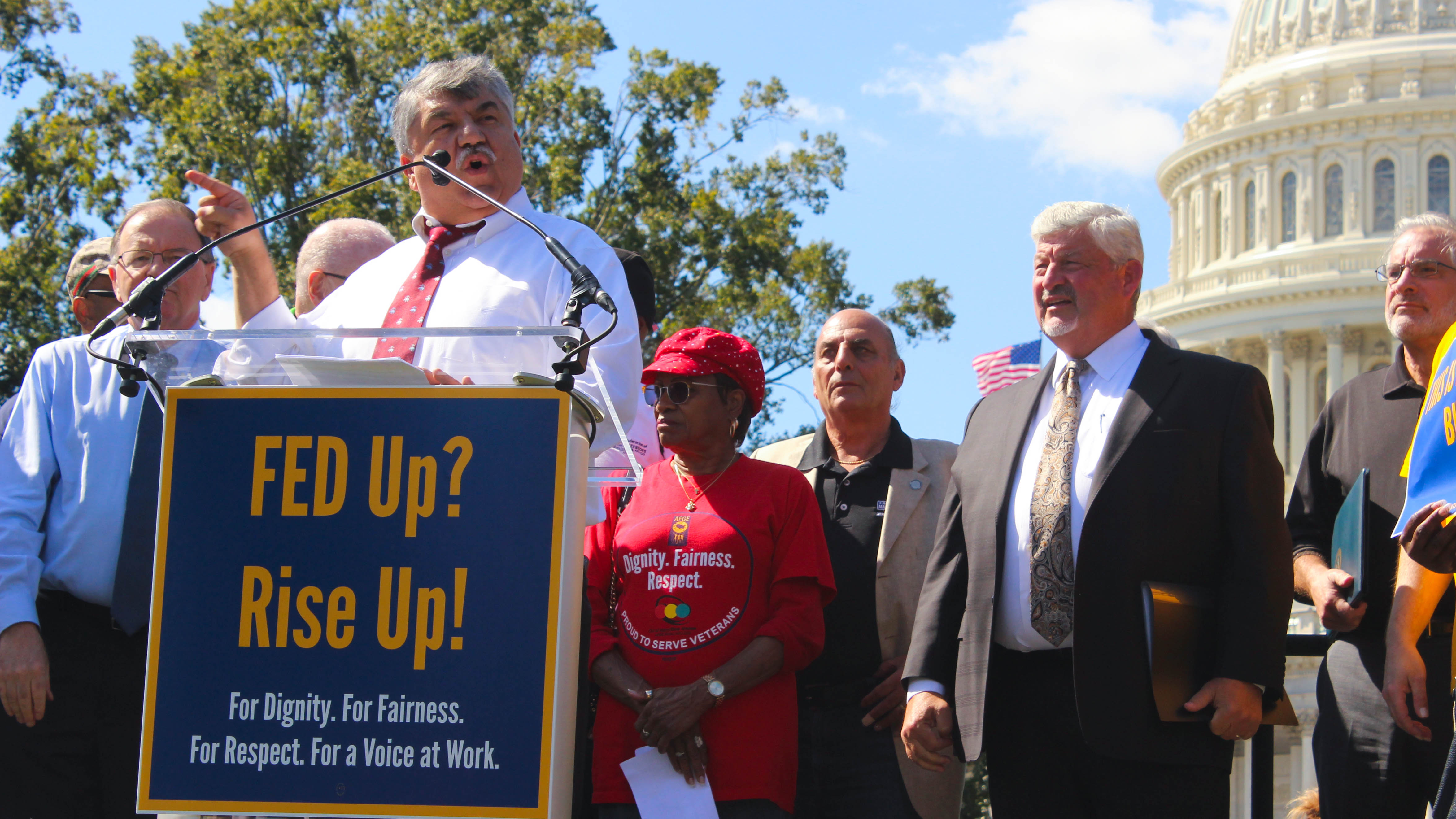 Federal employee unions staged a protest outside the U.S. Capitol building Sept. 24 to combat what they called the Trump administration’s sustained efforts to weaken labor unions and damage the rights of federal employees.

Attendees stood in opposition of several of President Donald Trump’s policies, including three executive orders that target official time and the bargaining rights of unions, the significant cuts to telework at federal agencies, the planned reorganization of the Office of Personnel Management and collective bargaining agreements that have been imposed on unions at certain agencies after the unions claimed the agency bargained in bad faith.

“The executive orders, the government shutdown and now political hacks are tearing our union contracts apart, are making it harder and harder to have a voice on the job. They are imposing collective bargaining agreements that aren’t collective, they aren’t bargained for and they sure as hell aren’t agreed to,” said Richard Trumka, president of the American Federation of Labor and Congress of Industrial Organizations.

Though the contents of the three Trump executive orders are still being contested in federal courts, many agency leaders have taken it upon themselves to enforce the spirit of the orders in new collective bargaining agreements.

Speakers at the protest also derided the administration’s decision to move several federal offices out of the Washington, D.C., area and relocate them across the country. Office of Management and Budget Director Mick Mulvaney said recently that the objective of those moves was to “drain the swamp” by getting federal employees to quit rather than be fired.

Members of Congress that spoke at the protest, including House Speaker Nancy Pelosi and Senate Minority Leader Chuck Schumer, promised that many of the Trump policies targeting federal employees would not be allowed to move forward.

“This administration has launched an all-out assault on the rights of federal workers. We see that day in and day out. They are right now undermining the merit system that we have in our U.S. government, which is a great and important resource to the entire country. We do not want cronyism in our federal government,” said Sen. Chris Van Hollen, D-Md.

“You’ve been in the fight in the courts, and now we’re in the fight up here. Speaker Pelosi and [Rep.] Steny Hoyer [D-Md.], they have passed legislation in the appropriations bill to help protect the rights of federal employees, and we need to make sure that’s included in the final bill.”

According to Rep. Gerry Connolly, D-Va., Trump shifting from wanting to freeze federal pay to eventually throwing his support behind a 2.6 percent federal pay raise in 2020 is an example of how opposition to the administration’s workplace policies can succeed.

Meanwhile, administration officials have argued that the changes are needed to increase efficiency and promote performance-based rewards in federal service.

Money Minute: Ways to use your home equity loan

Home equity can be a complicated concept, but homeowners can use it to help pay for things like tuition, outstanding debt, or home repairs. Personal finance expert Jeanette Mack breaks down how it works and simplifies the process in this week's Money Minute.

Defense Defined: What are pseudosatellites?

Money Minute: Get better at budgeting with digital apps and tools

Money Minute - How should small business set their ownership status?