Award winners at the Partnership for Public Service’s Samuel J. Heyman Service to America Medals Gala, held Oct. 2, said that they were most excited to spend an evening with their teams and with fellows at other agencies celebrating the hard work federal employees do.

“It’s so nice to have the recognition of the work that the entire Pregnancy and Birth Defects task force did during the Zika response,” Margaret Honein, director of the Division of Congenital and Developmental Disorders at the Centers for Disease Control and winner of the Science and Environment Medal, told Federal Times.

“The Partnership has been terrific about really shining a spotlight on the important work being done in the federal government. The federal employees I work with are really amazing, and work hard, and do it because they are really committed to public health.” 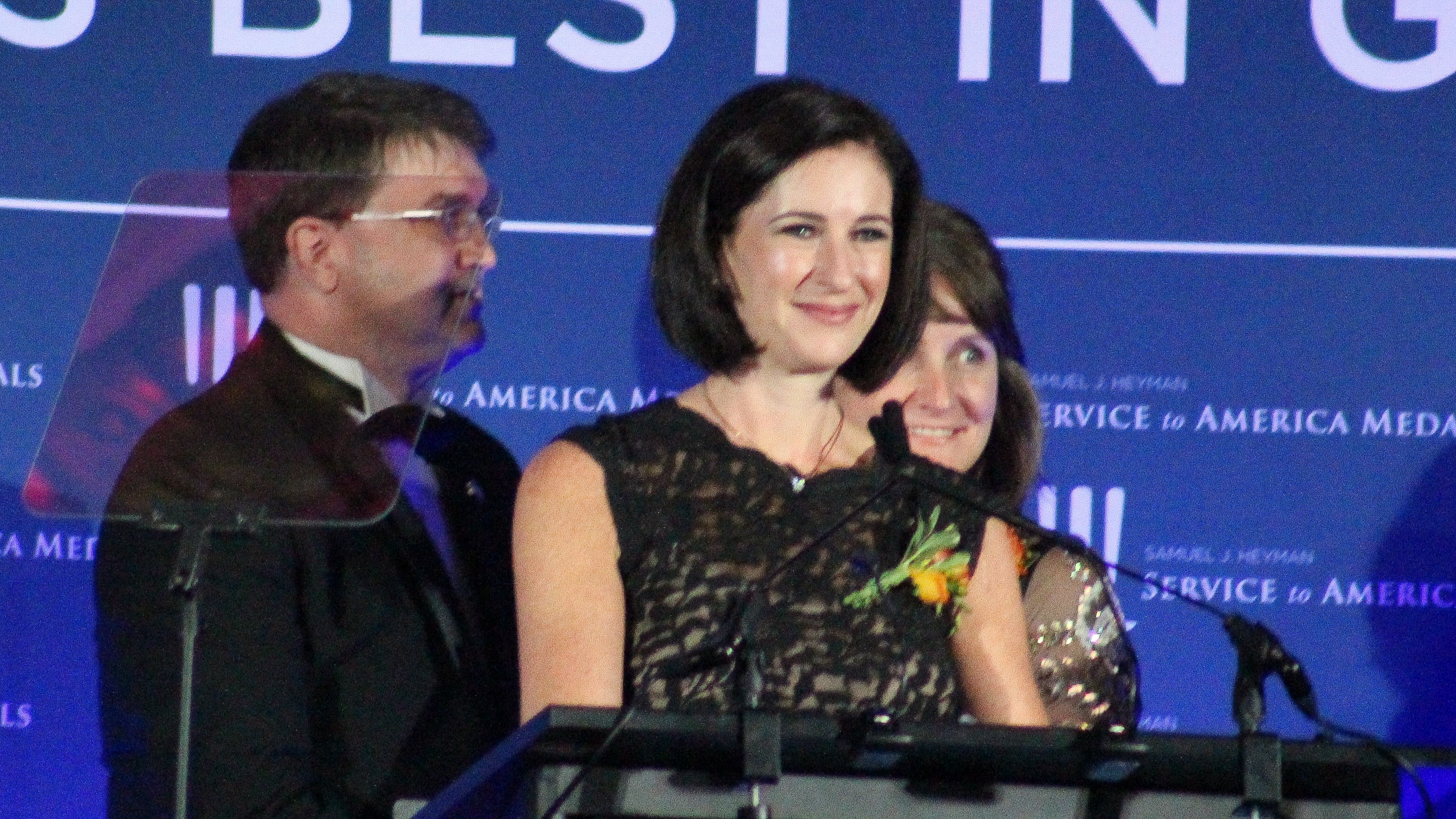 Marcella Jacobs, director of Digital Service at the Department of Veterans Affairs accepts the Management Excellence Medal at the 2018 Sammies Gala. (Jessie Bur/Staff)
2 of 7 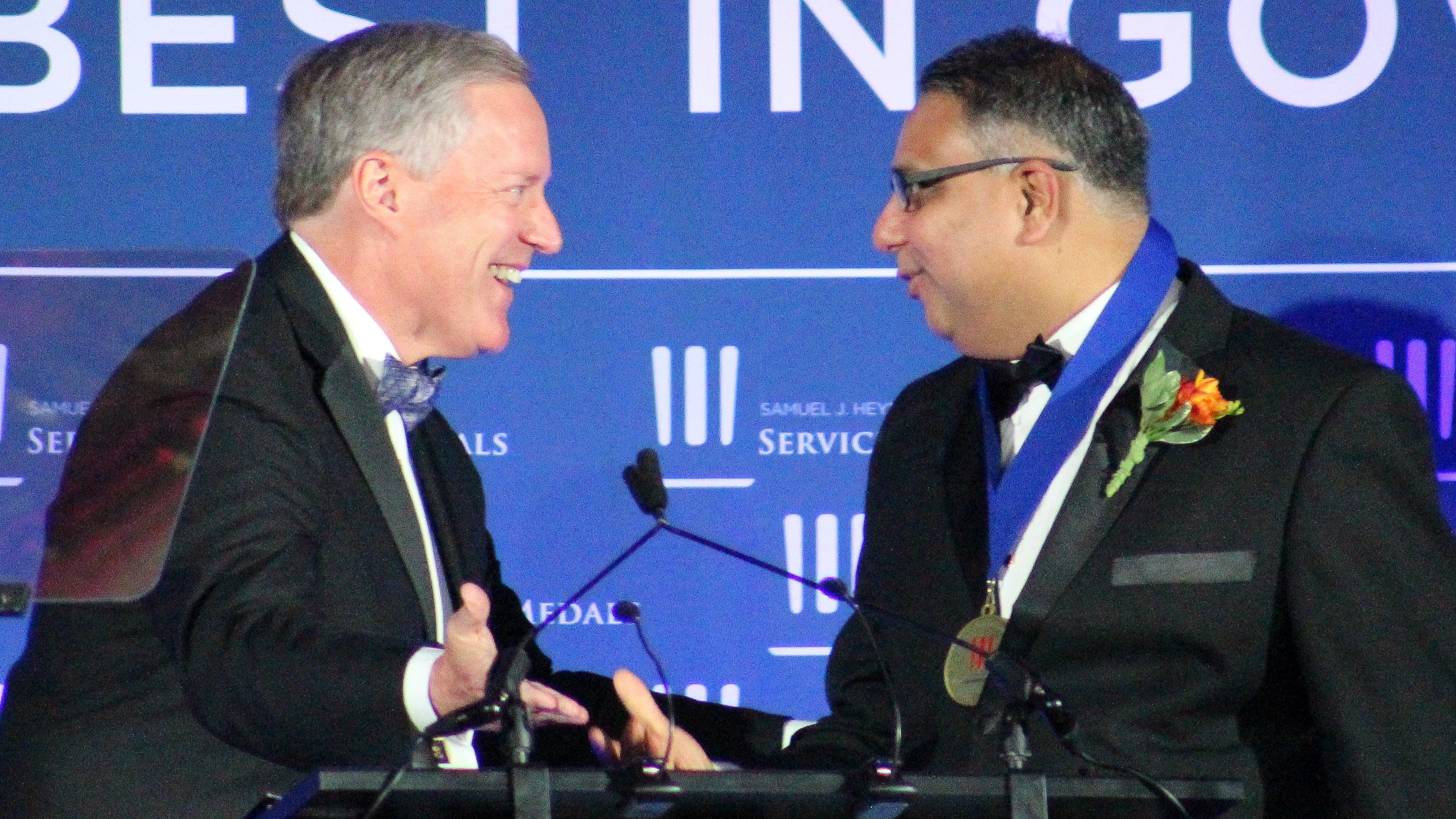 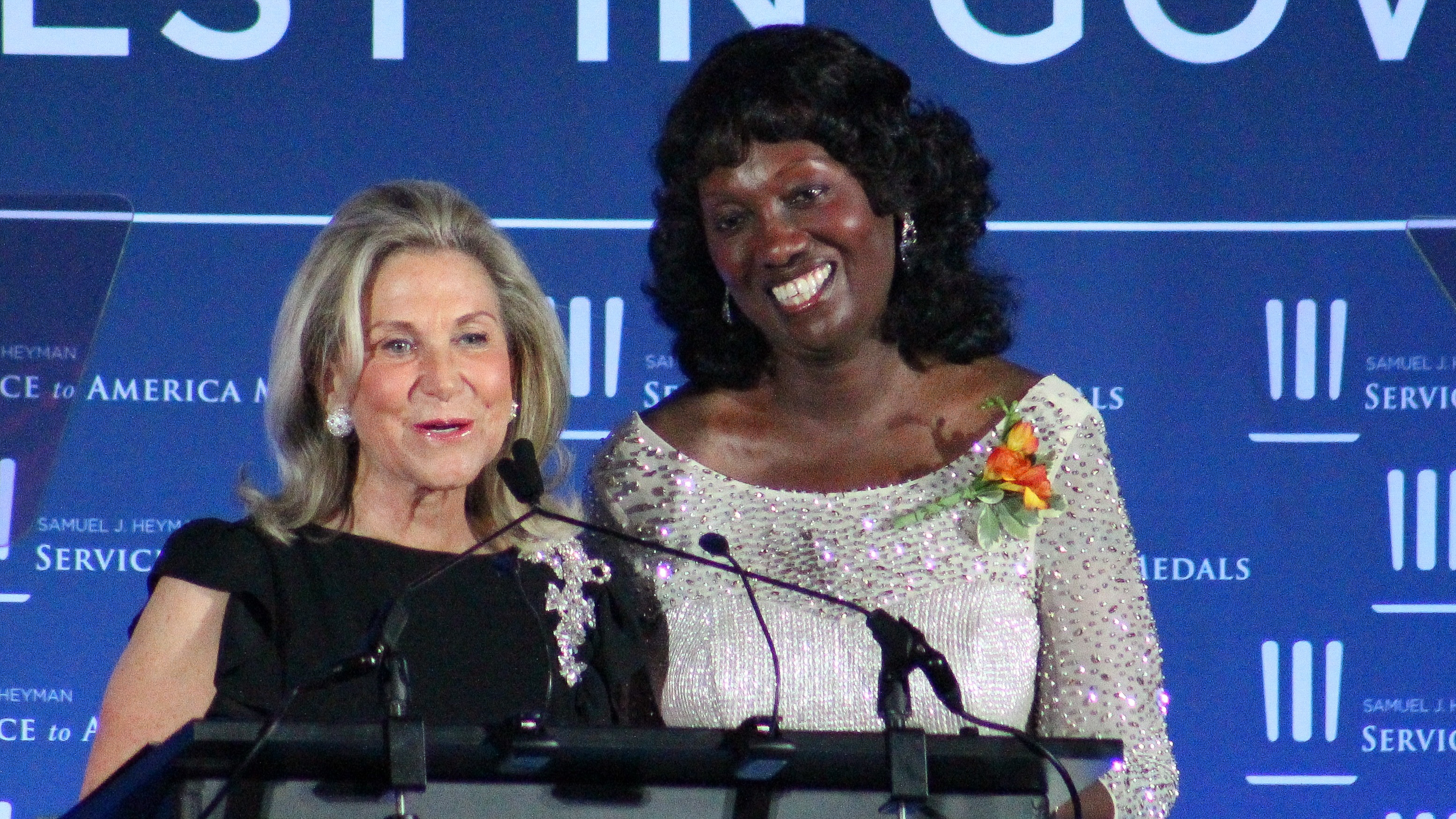 Dr. Marshalyn Yeargin-Allsopp, associate director for Children with Special Health Care Needs at the Centers for Disease Control and Prevention, accepts the Career Achievement Medal at the 2018 Sammies Gala. (Jessie Bur/Staff)
4 of 7 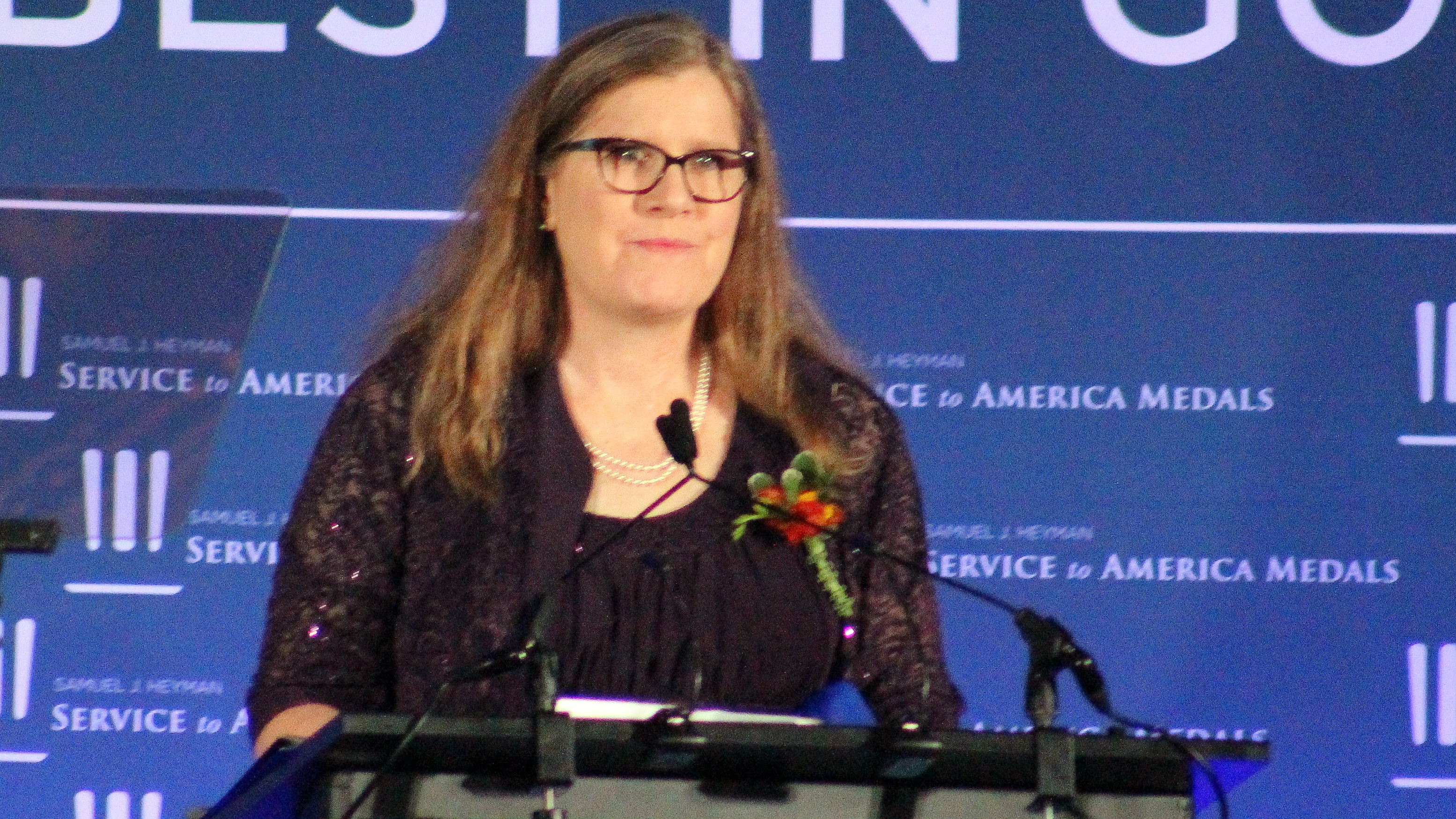 Margaret Honein, director of the Division of Congenital and Developmental Disorders at the CDC, accepts the Science and Environment Medal at the 2018 Sammies Gala. (Jessie Bur/Staff)
5 of 7 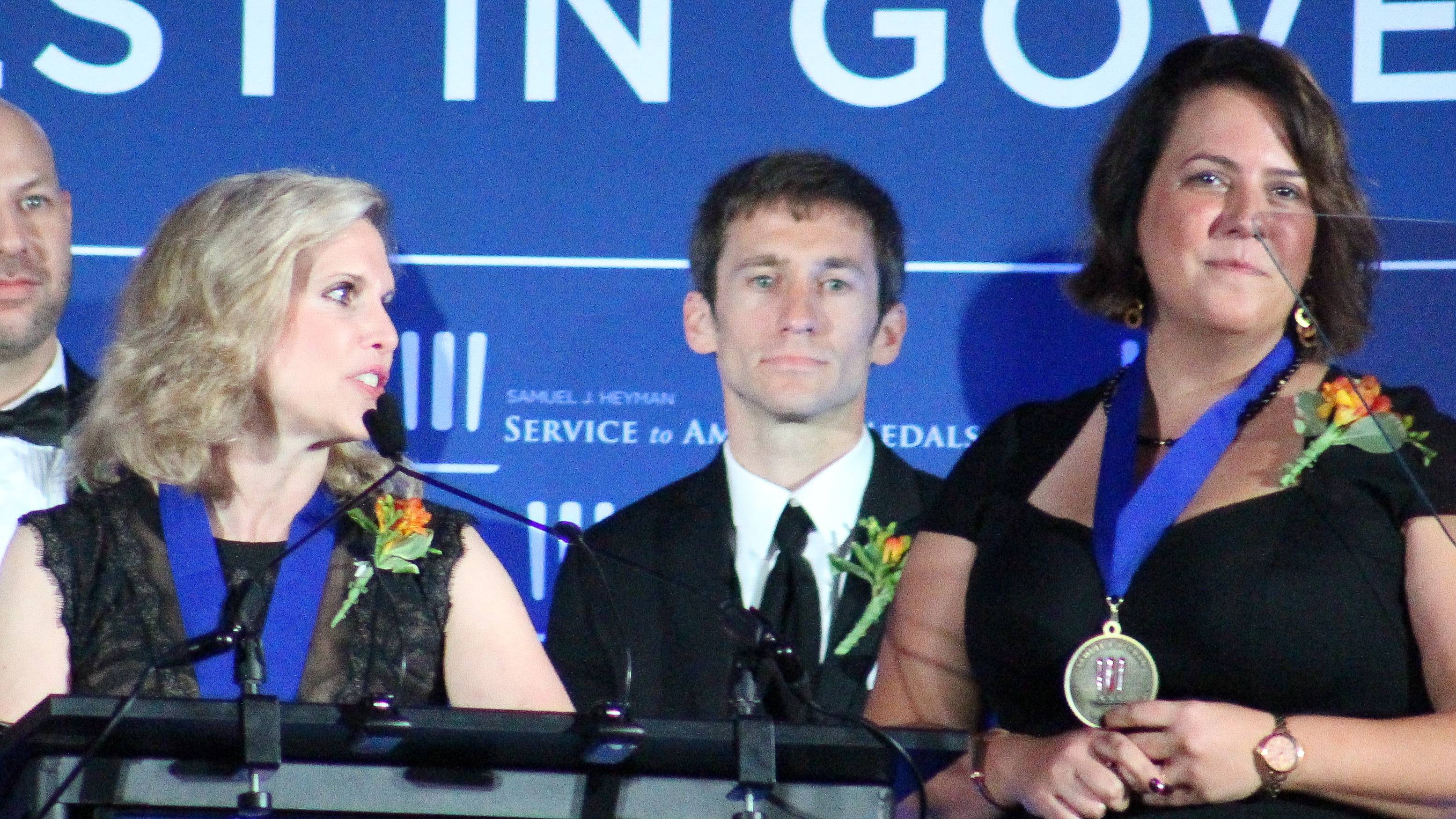 Karen Dodge, staff attorney at the Federal Trade Commission, and Margaret Moeser, senior trial attorney at the Department of Justice, accept the Homeland Security and Law Enforcement Medal at the 2018 Sammies Gala. (Jessie Bur/Staff)
6 of 7 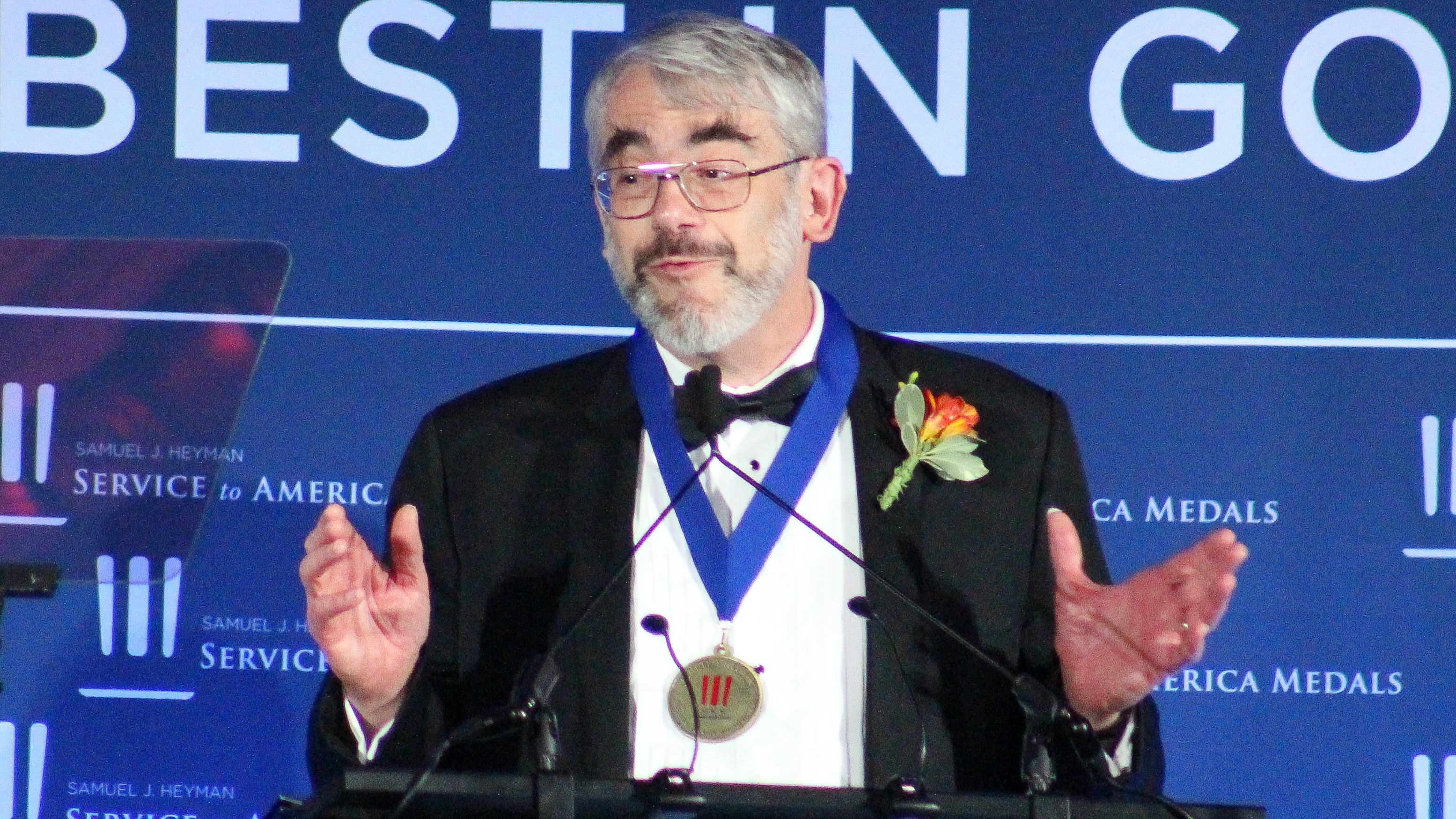 Daniel Kastner, scientific director of the Division of Intramural Research at the National Institutes of Health, accepts the Federal Employee of the Year award at the 2018 Sammies Gala. (Jessie Bur/Staff)
7 of 7 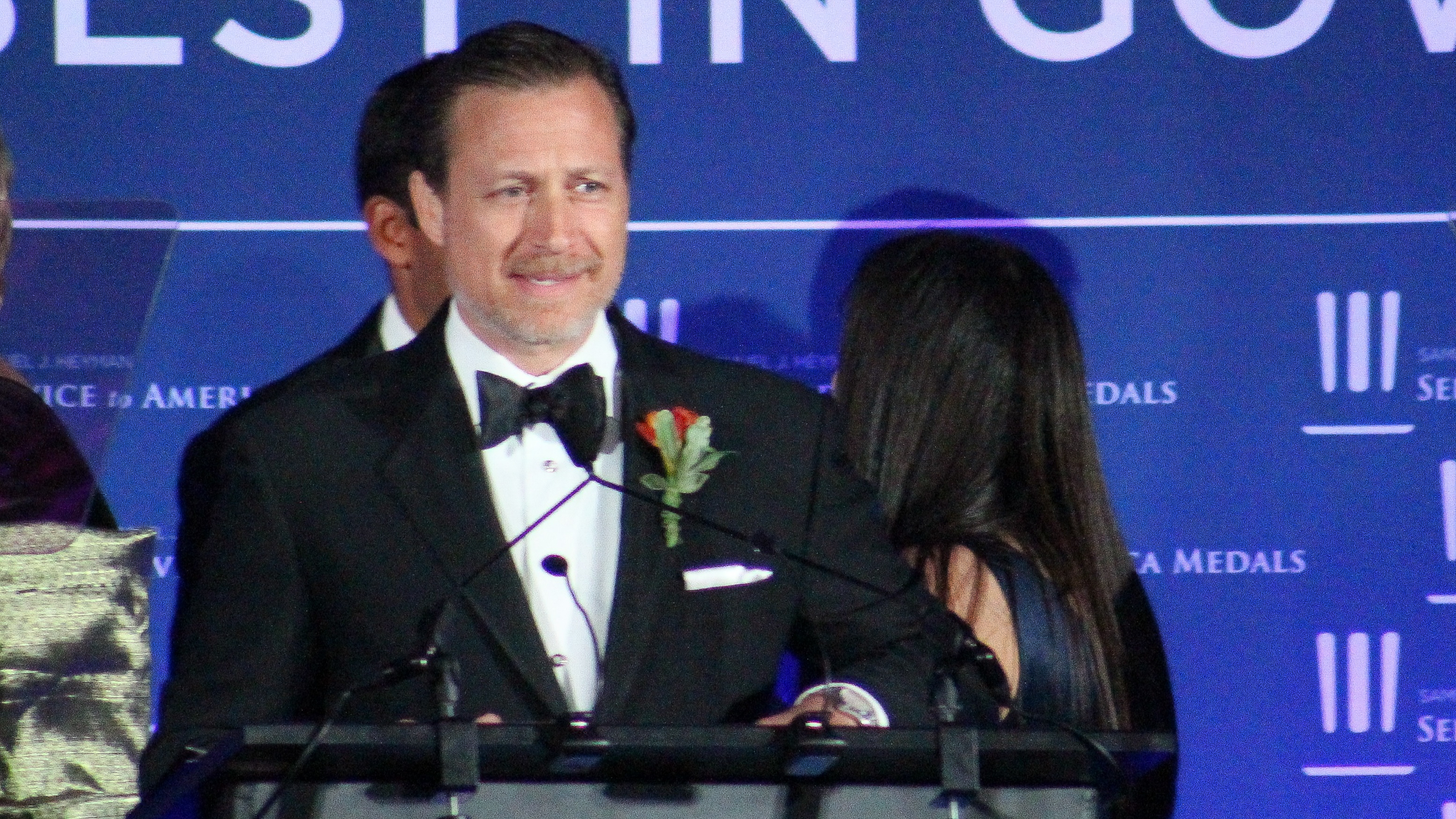 Max Stier, president and CEO of the Partnership, said that it was important to create a culture of recognition within the federal government.

“No organization gets better if all you do is kick it,” Stier said. “Federal employees have the ability and drive to exceed that of employees in any other sector.”

Andrew Herscowitz, coordinator for Power Africa at the U.S. Agency for International Development and winner of the National Security and International Affairs Medal, said that it was great to showcase efforts that spanned multiple agencies and relied on the work of so many different people.

“Everyone feels really, really proud. We took on a task that no one thought we’d be able to succeed with, and we still have a lot of work to do. But just knowing that there are 50 million people who have access to electricity today who didn’t have it 5 years ago, when we started Power Africa, has a tremendous reward for everyone,” said Herscowitz.

Get the top federal headlines each morning

“The greatest award is seeing someone who flips an electrical switch for the first time, but then being recognized by the Sammies shows that the U.S. government and the American people really understand the work that we’re doing.”

Alison Smith, chief engineer for the Materials Analysis of Electronic Component Technologies at the Naval Surface Warfare Center and winner of the People’s Choice award, said that other aspects of winning the award, such as being given control over the Partnership’s Instagram account for a day, helped to showcase the work that her coworkers are doing and to encourage young people to be interested in science and engineering.

“I never thought about it so much until this award,” said Smith. “We’re everybody, and we’re everywhere, and we’re all doing important things.”

The IT challenges of getting feds to work from home

Gregg Smith, CEO of Attila Security, talks to Fifth Domain about the demand for WFH devices coming from federal agencies.

Catching rogue devices with their 'fingerprints'

How would feds be able to use their own devices for work?