For federal retirees, COLA is not a retirement panacea for inflation

By Molly Weisner
Shoppers wait to pay for their groceries on April 16, 2020, inside the commissary at Travis Air Force Base, California. (U.S. Air Force photo by Tech. Sgt. James Hodgman)

When it comes to cost-of-living adjustments, not all government retirees are treated equal.

Anyone who is retired from federal service will eventually get COLAs, but how soon depends on which retirement system you fall into. And not everyone always gets the same amount.

Experts predict bigger a cost-of-living adjustment as inflation surges to a 40-year high, according to data from the U.S. Department of Labor. Meanwhile, about a third of federal workers are over the age of 55. As this group nears retirement, one way the government mitigates steepening prices is by offering COLAs.

“When you retire, the pension that you get is set,” said Chris Kowalik, a retirement expert for FedImpact.com and the founder of ProFeds, a contractor providing retirement training to federal employees nationwide. “From that point, your pension only goes up if the cost of living is getting more expensive.”

COLAs are intended to help federal retirement dollars keep pace with inflation, not to completely counteract rising costs. When it comes to financial planning for federal workers, COLAs are just one piece of the retirement puzzle, Kowalik said in an interview.

Who gets COLA benefits?

COLAs are a benefit for retired workers, not a raise for employees, although pay bumps for government employees might determine those for the military next year, the Military Times reported this week.

COLAs for military are the same only in acronym. Service members may be eligible for a cost-of-living allowance to compensate for prices based on where they live.

For workers, the federal government offers two retirement systems. In the Civil Service Retirement System, the older of the two, seniors get COLA immediately at retirement. Less than 5% of the current federal workforce is under this system.

In the Federal Employees Retirement System, COLA eligibility begins at age 62, with exceptions for special provision employees, such as law enforcement, firefighters or air traffic controllers.

That means even if you’re eligible to retire from FERS at 57, your pension will stay level for five years until COLA kicks in. There is no reimbursement for value lost in that five-year period.

There’s also another difference between the systems: all FERS retirees get what Kowalik calls “diet COLA.”

When the CPI-W or cost-of-living adjustment is really high — 3% or higher — Social Security and CSRS retirees get the CPI-W.

“Already, FERS retirees can expect to be behind inflation,” Kowalik said.

Calculating COLA: What it does and doesn’t consider

The 2022 COLA was the highest since 1982 and experts estimate that the next adjustment may be even higher.

“That is not a good thing when we’re seeing those numbers so high,” Kowalik said, adding that some retirees don’t have complete information about how COLA is calculated and plan around it without considering how it impacts other benefits.

Costs of certain consumer items in a “basket of goods” determine the CPI-W, which is a measure of the average change over time in prices. Some goods are weighed more heavily than others in this equation, like food, housing and transportation.

“The reality is that CPI-W number that is released by the BLS doesn’t include everything we spend our money on,” Kowalik said in an interview.

As cost-of-living is relative to the economy, so too are benefits relative to expenses for retirees. A study from The Senior Citizens League found that since 2000, COLAs have increased Social Security benefits by a total of 64%, yet typical senior expenses through March 2022 more than doubled, at 130%.

“The biggest factor that disadvantages the elderly (with respect to the CPI-W calculation) is that medical care makes up a smaller portion of the overall figure,” Kowalik said in an email. “Since they spend a much larger percentage of their income on Medicare care, this isn’t taken into account as heavily for them.” 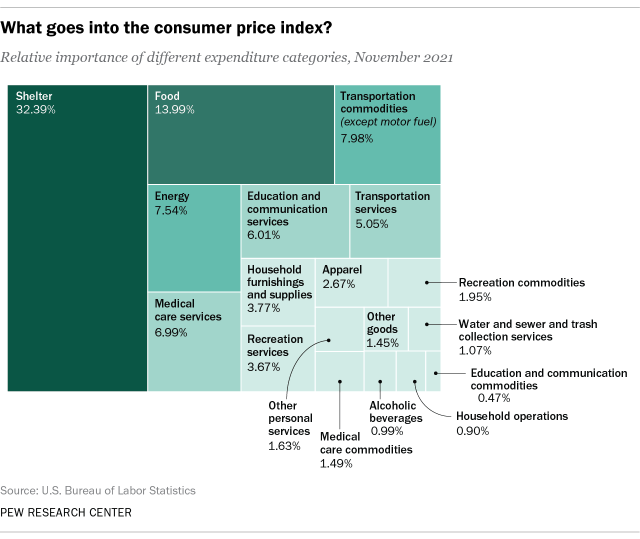 On June 9, legislators introduced the Social Security Expansion Act, which would incorporate the Consumer Price Index for the Elderly in COLA calculations. The act also wants to raise monthly Social Security benefits by $200.

What feds can do to fortify retirement against inflation

When COLAs fail keep up with costs all the way, seniors may dip into other accounts, like the Thrift Savings Plan, and deplete them. It’s why Kowalik calls inflation “one of the two carbon monoxides of retirement planning” because of the way it can silently kill retirement plans.

“This bucket of money in the TSP that was supposed to be there for a person’s entire life, to have enough money there to supplement their pension and Social Security to live the retirement they wanted, gets eaten away little by little,” Kowalik said.

Having a diversified retirement plan that includes a retiree’s whole financial picture, and understanding that COLA plays a small part in it, is crucial, Kowalik said. This might include other considerations like estate planning, combining private and public sector benefits and designating an emergency fund.

For those anticipating receiving a COLA for 2023, the final rate will be announced in October and will become effective on Dec. 1. Adjustments appear in January checks.

Molly Weisner is a staff reporter for Federal Times where she covers labor, policy and contracting pertaining to the government workforce. She made previous stops at USA Today and McClatchy as a digital producer, and worked at The New York Times as a copy editor. Molly majored in journalism at the University of North Carolina at Chapel Hill.

The Afghan Adjustment Act would allow Afghans who came to the U.S. during the Afghanistan evacuation to be re-vetted and apply for a permanent status.

What is the Federal Ballpark E$timate for retirement?

Reg Jones is the resident expert on retirement and the federal government at Federal Times.

What happens to federal pay raise if Congress fails to pass a budget?

President Biden’s proposed pay raise included an across-the-board base pay increase of 4.1% and a locality pay average increase of 0.5%.

Drones struck inside Russia’s border with Ukraine Tuesday in the second day of attacks.