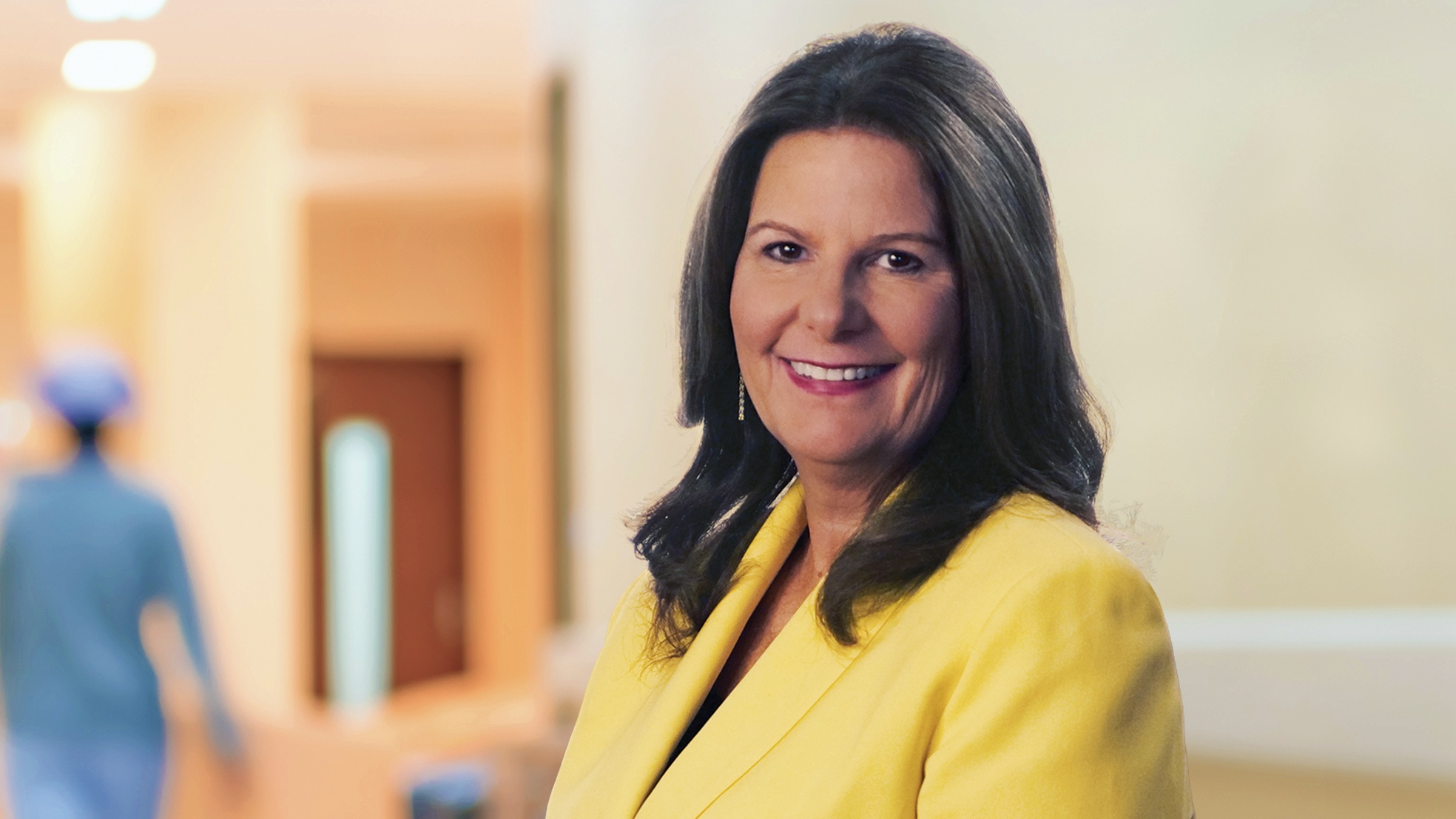 Victoria Brahm, previously the medical center director for the Tomah Veterans Affairs Medical Center and recipient of the Federal Employee of the Year Medal. (Braun Film and Video, Inc.)
2 of 6 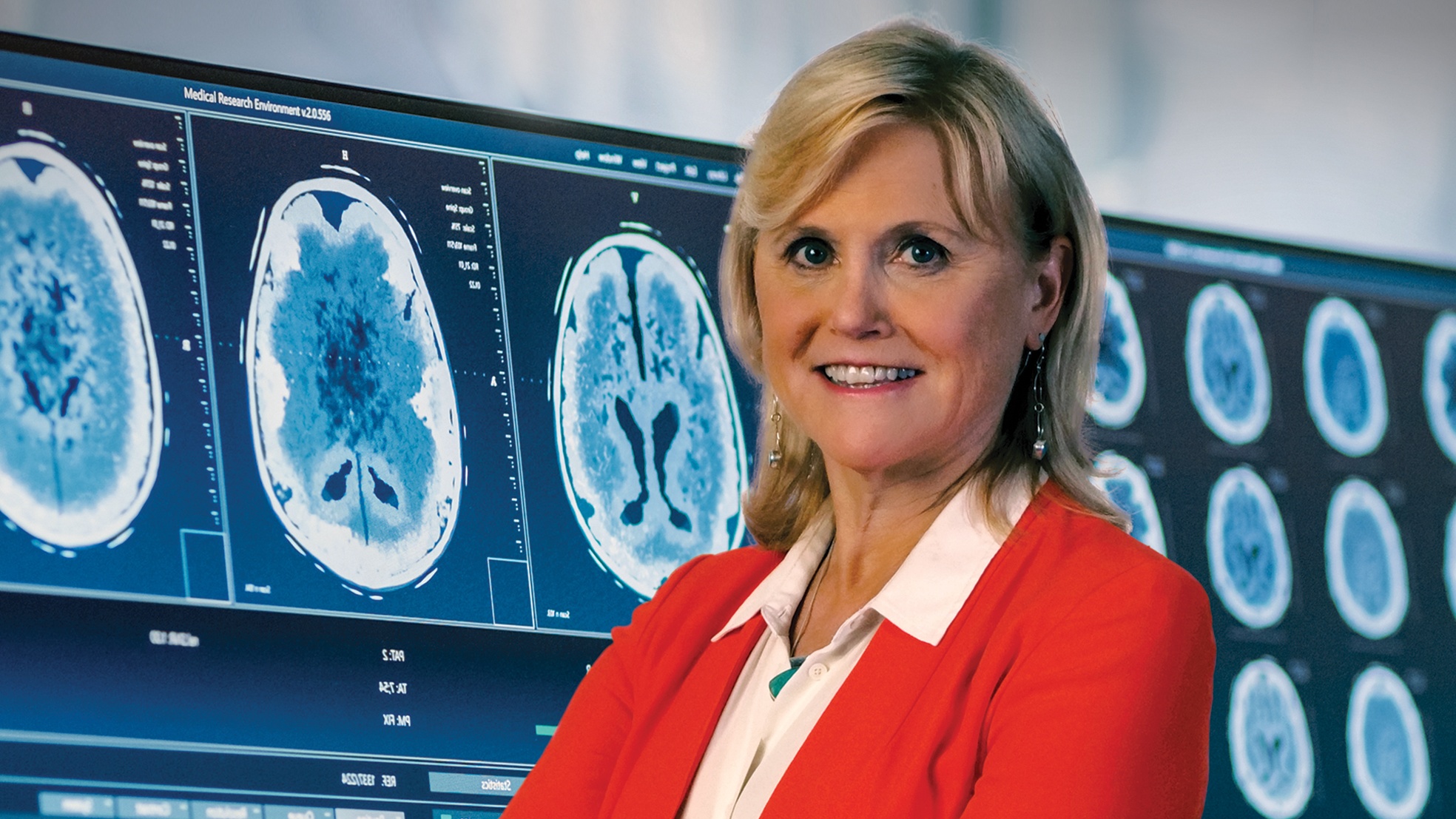 Ann McKee, chief of neuropathology at the VA Boston Healthcare System and recipient of the Paul A. Volcker Career Achievement Award. (Braun Film and Video, Inc.)
3 of 6 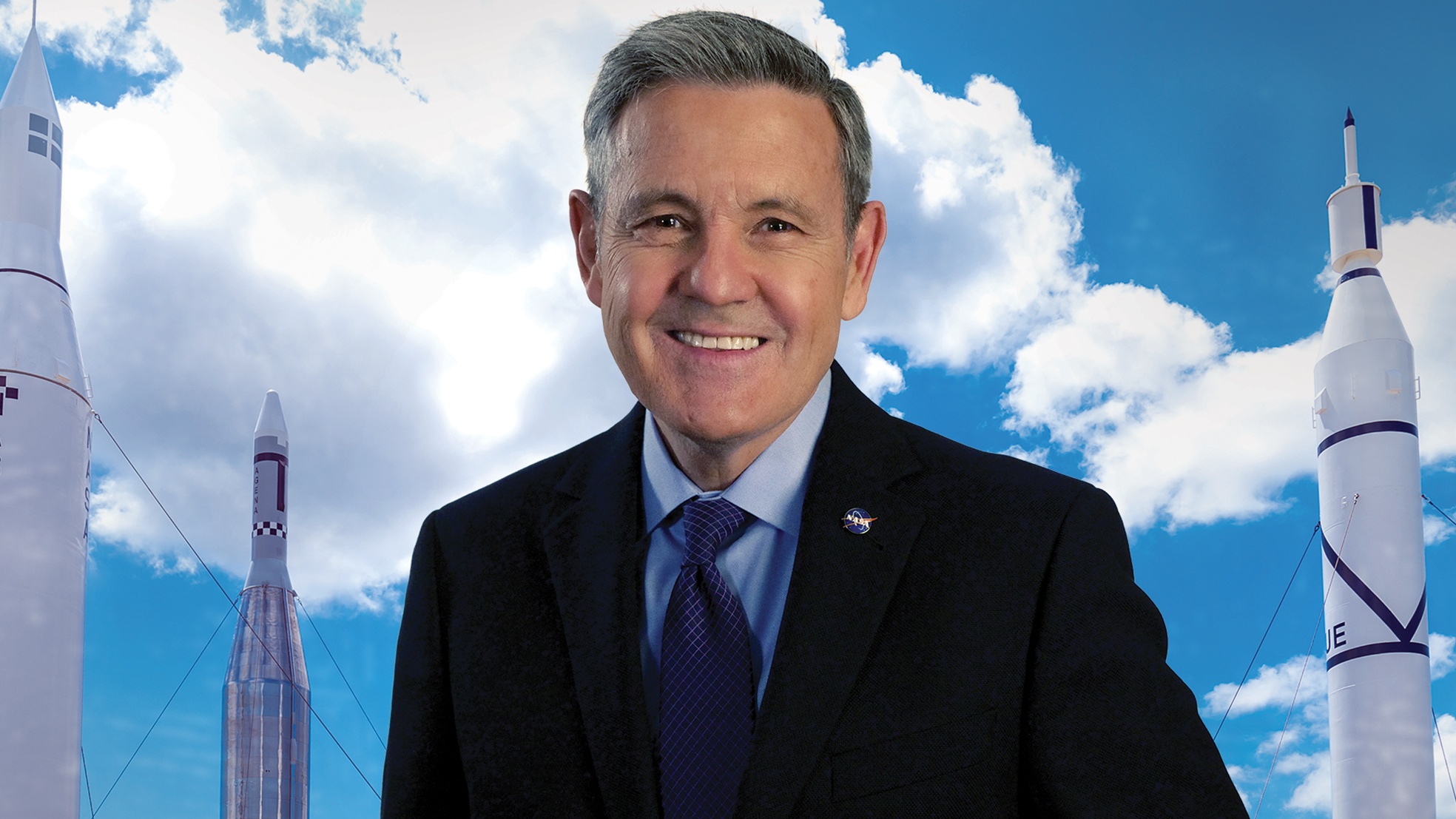 Robert Cabana, director of the Kennedy Space Center and recipient of the Management Excellence Medal. (Braun Film and Video, Inc.)
4 of 6 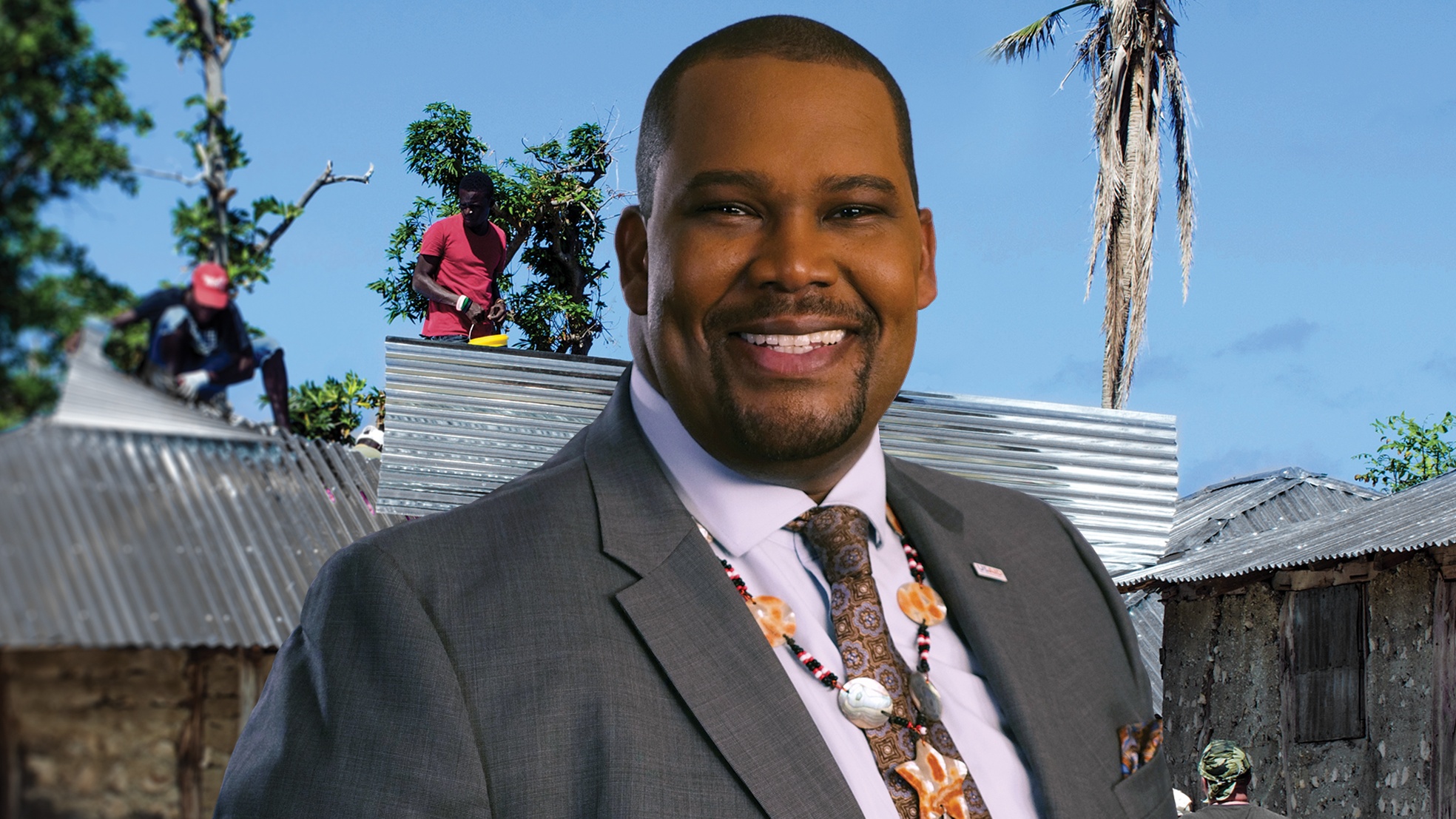 Ryan Shelby, diplomatic attaché and foreign service engineering officer for the U.S. Agency for International Development and recipient of the National Security and International Affairs Medal. (Braun Film and Video, Inc.)
5 of 6 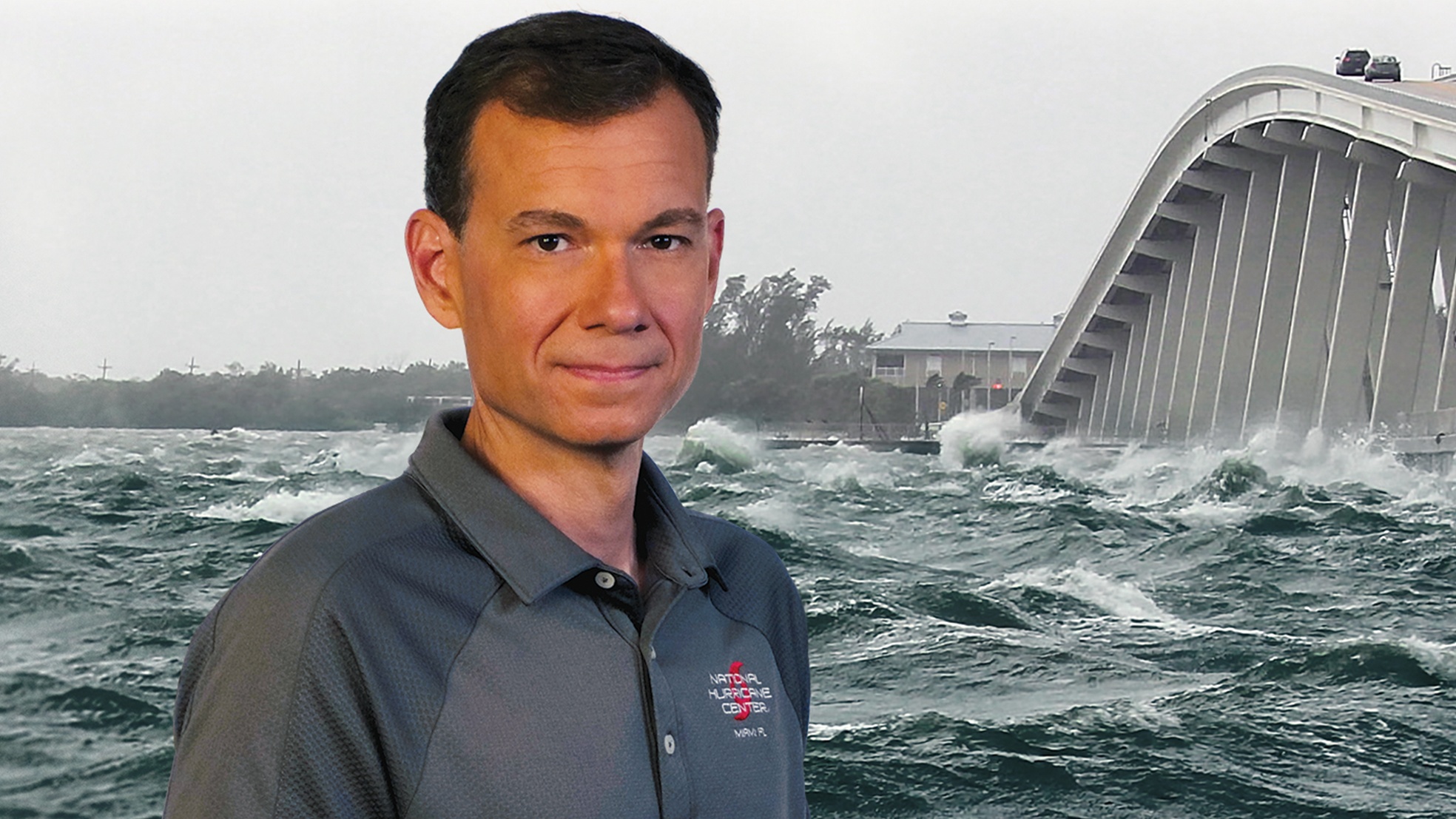 Jaime Rhome, storm surge specialist and team lead at the National Hurricane Center and recipient of the Safety and Law Enforcement Medal. (Braun Film and Video, Inc.)
6 of 6 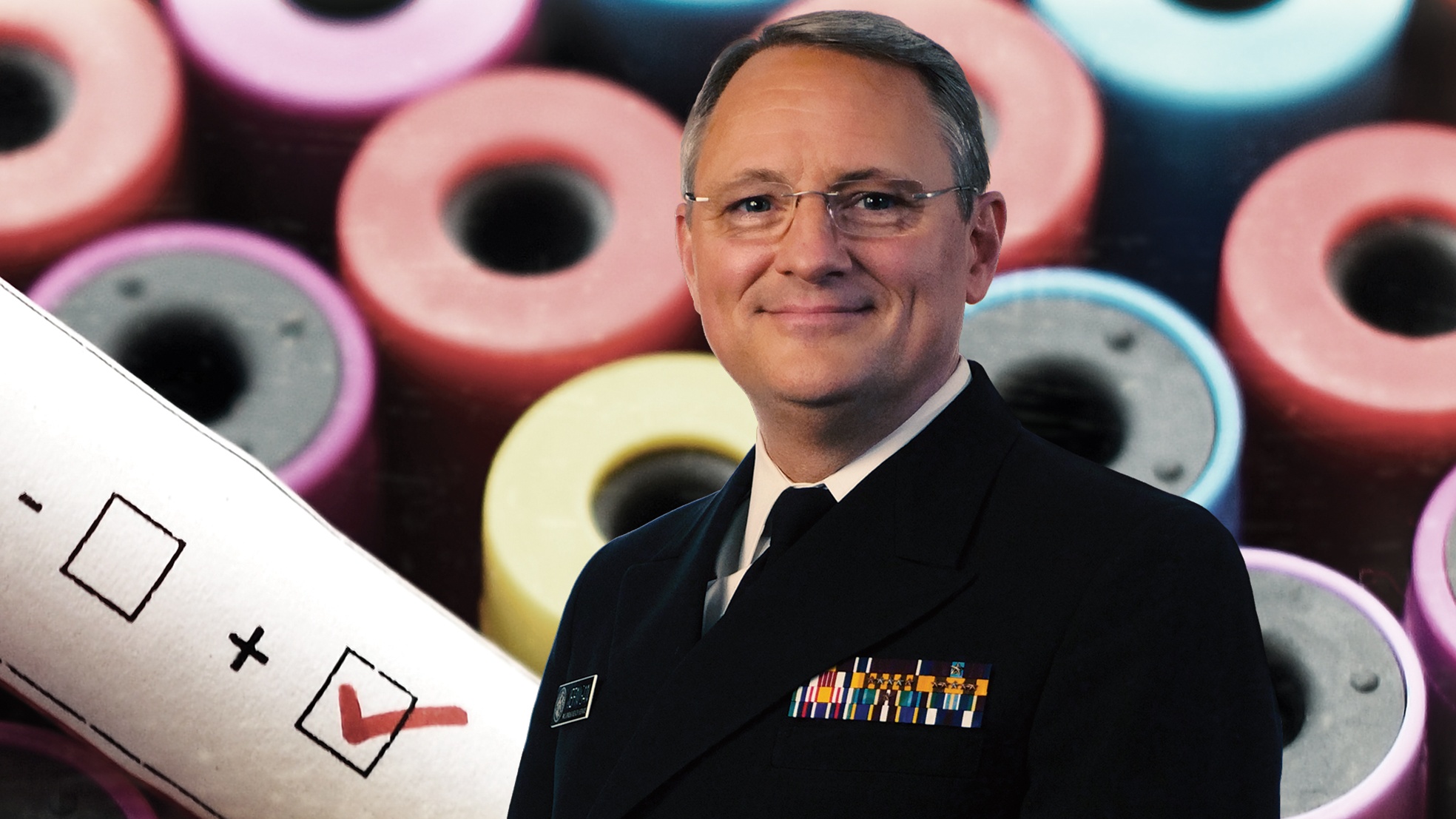 Dr. Daniel Jernigan, director of the Influenza Division of the National Center for Immunization and Respiratory Diseases and recipient of the Science and Environment Medal. (Braun Film and Video, Inc.)

“Our nation’s health and safety depend in significant measure on the work of career civil servants, who are largely unknown to the American people,” said Max Stier, president and CEO of the Partnership for Public Service, in a news release. “We are working to change that with our Service to America Medals, which are designed to showcase the remarkable work taking place every day on behalf of all of us. When we have a great workforce, we get big problems fixed.”

Feds reflect on what made the Sammies special

Six feds were chosen from among 26 finalists as recipients of the 2019 medals, and shared their experiences with Federal Times:

Victoria Brahm, previously the medical center director for the Tomah Veterans Affairs Medical Center, was chosen to receive the Federal Employee of the Year Award for her work drastically improving employee retention at the Tomah center and leading a pioneering practice in addressing opioid addiction among patients.

“When I went in it in late 2015, we really didn’t know if that hospital would survive or not. So after investing all of that blood, sweat and tears and seeing that there were so many passionate, dedicated people, I knew that this hospital could be turned around and be the stellar hospital that it is today,” said Brahm.

The Tacoma facility, according to Brahm, had faced bullying of staff, a lack of standard procedure and a loss of trust from patients. High employee turnover of over 16 percent meant that the facility had to close its Acute Mental Health Patient Unit because they lacked the needed number of people to staff it.

Brahm said that she developed a 100-day plan to rebuild trust at the facility and ensure that the problems faced by staff and patients were heard and responded to. The facility also opened the Pain University to teach patients with chronic pain alternative strategies for dealing with that pain and reduced the facility’s opioid usage by 54 percent.

Dr. Ann McKee, chief of neuropathology at the VA Boston Healthcare System, was selected to receive the Paul A. Volcker Career Achievement Award for her work on early detection of and treatment for chronic traumatic encephalopathy, which predominantly impacts athletes and veterans that experience traumatic brain injuries such as concussions.

“In the early 2000s I did the brain autopsy of a Marine veteran who was also a former boxer, and I saw a disease that totally interested me. I’d never seen anything quite like it before, and I became very interested in how trauma to the brain through boxing could cause this neurodegeneration, which is called CTE,” said McKee. “And then, because I was at the VA since 1994 — I did all the brain autopsies for the VA — I started seeing it in military veterans, too. And I became quite concerned and set up a brain bank to understand the long-term effects of brain trauma.”

McKee is the first recipient of the Career Achievement Medal since it was renamed to celebrate Paul Volcker, a career civil servant that was credited with curbing the rate of inflation in the U.S. while he was chairman of the Federal Reserve in the 1970s and 80s.

“He’s actually one of America’s great public servants, having — according to many economists — saved our economy,” said Thomas Ross, president of the Vocker Alliance. “To have the award named after him I think will elevate the award and elevate the winners.”

The medal itself is designed to honor those that have made a career-long commitment to public service, as Volcker did.

“I’m extremely honored. I have to say, I never saw myself as a public servant. I’ve always seen myself as a medical doctor and a scientist, [who] was very curious about the nervous system. I wanted to create a better world where people who have these diseases don’t have to suffer with them or that we can treat adequately,” said McKee.

Robert Cabana, director of the John F. Kennedy Space Center, was chosen alongside his senior management team to receive the Management Excellence Medal for his work restructuring the space center from a shuttle-centered mission to one that integrates government and commercial space initiatives.

“Things were pretty bleak here. We went from a workforce of 15,000 down to 7,500 in two years, the Constellation Program was canceled a year before the shuttle landed and nobody could see much of a future,” said Cabana.

Since then, SpaceX has used the site for successful launches, Boeing, under an agreement with the Air Force, moved into an old orbiter processing facility and the Space Flight Sciences Lab has been converted into a research and development park operated by Space Florida.

Dr. Ryan Shelby, a diplomatic attaché and foreign service engineering officer for the U.S. Agency for International Development, was chosen for the National Security and International Affairs Medal for his work supporting reconstruction efforts in Haiti after it was struck by a 2016 hurricane with disaster-resistant building design.

“When we went to the local schools and actually repaired some of their sanitation blocks and other toilet facilities, that really warmed my heart. Because during the process of some of this repair work, we were able to interact with some of these students. They didn’t have proper sanitary facilities and they were embarrassed about not being able to have that, and so sometimes they would just choose not to go to school. And we listened to them talk about how this work was able to give them some of their dignity back.”

Jaime Rhome, a storm surge specialist and team lead at the National Hurricane Center, was chosen to receive the Safety and Law Enforcement Medal for his work developing models and warning systems that track storm surge, often the most deadly part of a hurricane.

“At the time we were struggling to communicate storm surge, because it’s such a complicated phenomenon and we didn’t really have a dedicated toolkit for it,” said Rhome.

“Despite the onslaught of hurricanes we’ve had over the last three years … we’ve only lost five individuals to storm surge. [Hurricane] Sandy alone, which was a category one, took 41. From a societal impact perspective, we’ve reversed the trend a little bit,” said Rhome.

Dr. Daniel Jernigan, director of the Influenza Division of the National Center for Immunization and Respiratory Diseases, was chosen as the recipient of the Science and Environment award for his work to prevent the spread of infectious diseases in the United States and abroad.

He managed teams that worked to prevent the spread of rabies through organ transplants, improve blood management practices when dealing with blood-borne West Nile virus, and responded to the Ebola outbreak in West Africa.

“I’ve felt that these were important infectious disease crises that needed to be responded to and was always more than happy to go in to mitigate those problems, wherever they were in the world, and so it’s an honor to be recognized for that,” said Jernigan, who added that a project is currently underway to use innovative technologies to create vaccines that better address the new behavior of the influenza virus.

The IT challenges of getting feds to work from home

Gregg Smith, CEO of Attila Security, talks to Fifth Domain about the demand for WFH devices coming from federal agencies.

Catching rogue devices with their 'fingerprints'

How would feds be able to use their own devices for work?